The Darker Side of Pokemon Go 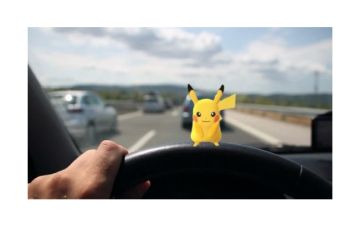 In the first 148 days after the Pokémon Go game was released in July 2016, Tippecanoe county in Indiana suffered a total value from injuries, damage, and the two lives lost of between $5.2 million and $25.5 million.

Purdue University economists Mara Faccio and John McConnell combed through accident reports and determined that during those 148 days, 286 additional crashes occurred in the county, compared to the same period before.

“By looking at the numbers, the economists realized that the number of crashes was much higher near pokéstops than gyms, suggesting that the crashes really were caused by people hopping out of cars while playing the game. The increased number of deaths wasn’t just because more people were in the wrong place at the wrong time. Pokémon Go was actually causing people to be stupid.”

Read more of the original article at The Verge.