On the Curious Condition of Government Fleet Benchmarking 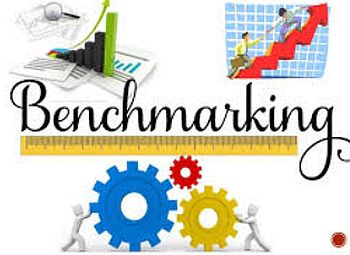 I’ve got a question for government fleet administrators: do you really know how your fleet’s performance stacks up compared to your peers, particularly along such dimensions as total cost of ownership, productivity and safety?

I’m asking that question on the heels of my column last week announcing that the National Council of State Fleet Administrators (NCSFA) has for the first time selected an outside agent – the widely respected fleet consulting firm, Mercury Associates – to conduct its 2017 benchmarking study.

It turns out that heading the project at Mercury is Steve Saltzgiver, one of the country’s most highly regarded fleet professionals, with experience running fleets for one city, two counties and two Fortune 500 corporations. In addition, he’s a former director of NCSFA, and so directed several of the organization’s benchmarking studies, which go back at least to the 1990s.

So, he seemed like a good choice to talk about the general state of government fleet benchmarking, and he clued me in to its curious status.

First, it’s highly fragmented, which is to say there isn’t one nationwide government fleet benchmark standards that covers all types of government fleet vehicles. Instead, there have been a few regional studies, including those conducted by the Florida Association of Government Fleet Administrators (FLAGFA) and FleetPros, formerly known as the Rocky Mountain Fleet Management Association, with chapters in Arizona, Colorado, Nevada, Texas and Utah. In addition, the Municipal Equipment Maintenance Association (MEMA) conducts periodic surveys of its membership, which is limited to chapters in California and Ohio.

Then there is NCSFA’s study, which conducts its survey among its membership, which is limited to state government and state university fleets, whose vehicle mix overlaps with but excludes some types of vehicles typically found in municipal fleets. There’s also the study conducted by Utilimarc, a fleet technology company that surveys of a few dozen of its utility industry and municipal fleet clients who span the country, for metrics on the costs and uses of light- and medium-duty service vehicles.

I can’t fail to mention Bobit Business Media’s annual study, which it has been publishing in its Government Fleet magazine. While it’s national in scope, it’s more in the way of a census of government fleets, paying attention to such things as size, budget, organization, number of facilities and technicians and outsourcing practices, rather than a performance-oriented compendium. (To be fair, Bobit includes in its publication the results of Utilimarc’s survey.)

Finally, there is the benchmarking data compiled by the fleet management companies that manage a select few state fleets and produce metrics and benchmarks which are, however, available for client use only.

What this tells me is that there isn’t one comprehensive benchmarking study that covers the entire government fleet market or its segments, from the federal fleet to the state, regional, county and municipal levels. What’s more, unless you’re a government fleet manager who is a member of a professional association or a customer of a fleet management company with appropriate benchmarking data, you’re flying mostly or completely blind when it comes to comparisons with your peers.

Steve Saltzgiver says he’s found that most of the benchmarking studies he’s seen lack information on three key areas of fleet performance: cost efficiency, productivity and safety. This is complicated, he says, but the fact is that there isn’t one set of standards to determine what data elements comprise these key areas of performance.

For example, he says one metric that’s missing in these studies is one Mercury Associates favors: vehicle equivalent unit (VEU). This metric normalizes fleet vehicle counts by taking into account the fact that vehicles of different sizes, uses and levels of additional equipment require different levels of effort and cost to operate and maintain.

As you might expect, it costs more to operate and maintain a sedan driven by a social worker than it does to operate and maintain a police cruiser or a bucket truck. Fleets that are heavily skewed toward medium-duty vehicles with extensive upfitted equipment will have higher average operating costs than fleets more oriented toward sedans and light-duty trucks, and so appear to be less cost-efficient. To account for that disparity, Mercury uses as its base of comparison a standard passenger sedan, which it assigns a VEU of 1.0, and counts larger, more complex vehicles from 1.5 to 5 vehicle equivalents.

By statistically reducing a fleet to its equivalent in terms of sedans, it’s possible to make reasonable, standards-based comparisons with the fleet operations of other organizations that have very different compositions. For example, a fleet of one hundred front-line patrol cars, which are rated at 2.5 VEUs each, constitutes a fleet of 250 VEUs. The number of technicians required to maintain this fleet is more than a fleet of 100 sedans, but far less than a fleet of 100 dump trucks.

A bigger problem, according to Saltzgiver, is the lack of metrics for safety in government fleet benchmarking studies.   As I wrote last week, for example, safety is not yet an area covered by the NCSFA benchmarking study being conducted this year.  Similarly, an executive at Utilimarc told me that safety is no longer covered in its benchmarking study because fleets didn’t want to provide their data.  (We’ll explore that in a future column.)

So, what do we have here?  From the bright side, it’s looking like there’s a huge opportunity for government fleets to learn about how well they’re performing.  The downside is that it looks like most of them don’t have a very clear idea about that at present and that no one really knows what the very best practices are. This all suggests there is likely to be huge room for improvement in this industry sector.

As a taxpayer, that’s something I’d like to see.  I’d also love to hear what government fleet managers have to say about this.

Apr 1, 2018Janice
Autonomous Vehicles Will Transform Urban Life by 2020Tesla's Transformative Year May Not Be What Musk Expected