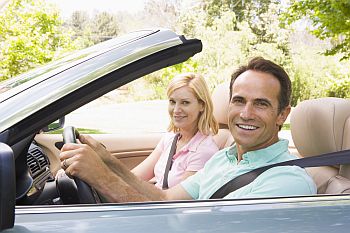 Convertibles may not look as safe as other vehicles when they’re cruising down the highway with the top down, but crash statistics tell a different story, a new IIHS study shows.

“Based on this study, convertibles don’t appear to pose a particular safety risk,” Eric Teoh, IIHS director of statistical services said. “If you’re shopping for a convertible, you should consider crash test ratings and safety features, just as you would if you were shopping for any other car.”