Coming Soon: Pay for Gas or Parking, All From Your Dashboard 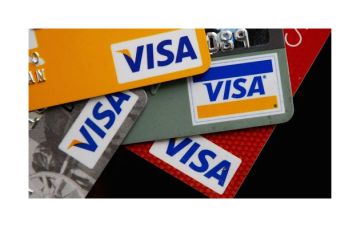 Visa wants to turn your car into a mobile payments platform.

The company showed off a concept app at the Mobile World Congress in Barcelona Monday that will let drivers pay for fuel and parking without leaving their car.

Visa teamed up with Honda to create the app which can be accessed via the car’s dashboard. It will tell a driver when their gas is low and navigate them to the nearest place to fill up. Once parked next to the pump, the app can calculate the cost of filling up and a person can pay for the gas and even convenience store items via their dashboard.

The proof of concept was also shown alongside another app which allows people to pay the exact price for their parking spot without under or overpaying. Visa teamed up with ParkWhiz for the product.

Visa, along with many other companies, is betting big on the potential of the connected car. By 2020, there will be an estimated quarter of a billion connected vehicles on the road, according to research firm Gartner. As such, people will be carrying out an increasing number of functions via their car’s dashboard and Visa is hoping to make it a source of payments too.

“The notion of transforming a car into a platform for payments is not as far off as some may think, and we have made a great deal of progress since first introducing the idea one year ago,” Jim McCarthy, executive vice president of innovation and strategic partnerships at Visa, said in a press release.

“Working with Honda to test these prototypes gets us another step closer toward commercial reality, which we think provides exciting opportunities to everyone who plays a role in the payments and automotive ecosystems.”

This is not the first time Visa has tested in-car payments. Last year it teamed up with Pizza Hut to show how people can pay for a pizza from their car and have someone bring it out to them when it’s ready.

The companies currently expect to test the fuel app concept in northern California and the parking app concept in New York City, both over a three-month period, starting this Spring, Visa said.

Feb 22, 2016connieshedron
The Customer Experience Starts Long Before the Sale: Sell before the saleCustomers Design the Feature Set -- The CX of Cost-Benefit Trade-off