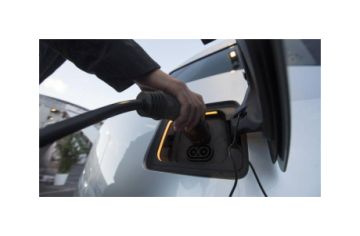 President Donald Trump’s decision to exit the Paris climate agreement reaffirmed what was already clear: The federal government is no longer leading American efforts to shrink our carbon footprint.

But many state and local governments – along with businesses and consumers – aim to help fill this policy void.

At least a dozen governors have joined the United States Climate Alliance, committing their states to achieve emissions reductions consistent with President Barack Obama’s Paris pledge. More than 200 mayors are promising their cities will follow suit.

My research with my former student Shayak Sengupta about how cities can benefit from buying electric cars suggests that fuel-free municipal fleets can cut urban carbon footprints while improving public health and saving taxpayers money.

States can help curb emissions in many ways, such as by setting caps on power plant emissions and creating incentives and targets for renewable electricity. Most of those steps lies beyond the jurisdiction of cities. So how can they take climate action?

To read more of the original article, go to City Metric.

Aug 21, 2017connieshedron
Alert the Fleet: The 'Other Driver' Has Been Abusing Prescription OpioidsChina’s Great Wall Planning Bid for FCA – But Will Trump Be a Roadblock