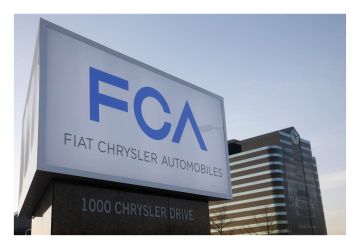 A Chinese automaker reportedly made a quiet bid to acquire Fiat Chrysler Automobiles, raising the distinct possibility that the traditional member of the Detroit Three that was bailed out by U.S. taxpayers could wind up with Chinese ownership.

After years of pursuing a deal to gain greater global scale, the Italian-American automaker recently rejected an acquisition bid by an unidentified Chinese company, according to Automotive News.

The publication also reported that multiple Chinese automakers are weighing a similar bid for the maker of the Jeep, Ram, Chrysler and Dodge brands.

But investors were heartened by the prospect of a deal. Fiat Chrysler shares traded in New York rose 8.7% to $12.62 at 1:59 p.m. Any Chinese deal to acquire Fiat Chrysler would likely be predicated on a global growth plan, including access to the company’s established network of dealerships.

The Jeep brand, in particular, is popular in China and highly lucrative because of its popular sport-utility vehicles and crossovers. The Ram brand’s pickup trucks and vans are also popular.

To read more of the original article go to USA TODAY.