Cars Suck Up Data About You. Where Does It All Go? 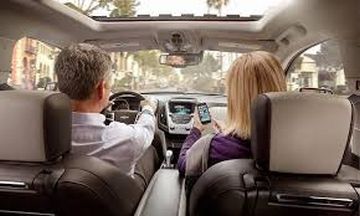 Cars have become rolling listening posts. They can track phone calls and texts, log queries to websites, record what radio stations you listen to – even tell you when you are breaking the law by exceeding the speed limit.

Automakers, local governments, retailers, insurers and tech companies are eager to leverage this information, especially as cars transform from computers on wheels into something more like self-driving shuttles. And they want to tap into even more data, including what your car’s video cameras see as you travel down a street.

Who gets what information and for what purposes? Here is a primer.

What Can Be Collected?

Government rules limit how event data recorders – the black boxes in cars that record information such as speed and seatbelt position in the seconds before, during and after a crash – can be used. But no single law in the United States covers all the data captured by all the other devices in automobiles.

Those devices include radar sensors, diagnostic systems, in-dash navigation systems and built-in cellular connections. Newer cars may record a driver’s eye movements, the weight of people in the front seats and whether the driver’s hands are on the wheel. Smartphones connected to the car, and those not connected to the car, can also track your activities, including any texting while driving.