California Ready to Battle With Trump Over Emissions 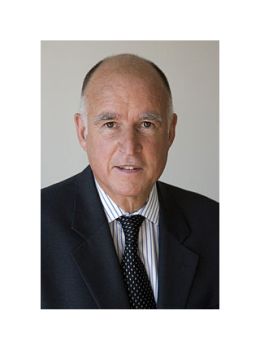 If Donald Trump and automakers want a fight about regulation of auto emissions, California, one of the world’s richest and most competitive markets for new cars and trucks, is ready for a brawl.

“Our state is known the world over for the actions we have taken to encourage renewable energy and combat climate change,” said Gov. Jerry Brown during his State of the State address for California.

“Whatever they do in Washington, they can’t change the facts. And these are the facts: the climate is changing, the temperatures are rising and so are the oceans,” Brown said. “Natural habitats everywhere are under increasing stress. The world knows this.”

Brown delivered his speech on the same that President Donald Trump summoned auto executives to The White House to discuss jobs and cutting regulations facing carmakers.

Trump’s offer to help automaker’s by cutting regulations, including the fuel-economy and emission standards, could leave carmakers in a difficult position. The California market is critical to GM’s and Ford’s effort to transform themselves into mobility companies.

By scrapping with California, they could open themselves up to a broad social assault by environmentalists if they come to be viewed as Trump’s allies in trying the thwart California’s efforts to adapt to climate change.

The effort includes the widespread use of “zero-emission” electric cars, according to the California Air Resources Board. Those plans are ramping up. California’s utilities are asking for more than $1 billion to spend on electric car-charging stations that will help the state meet its goal of getting 1.5 million zero-emissions vehicles on the road by 2025.

California, under both Republicans and Democrats, has been instrumental in adopting pioneering clear-air regulations. Then-Republican Governor Earl Warren signed one the first initiative to improve air quality 70 years ago and Ronald Reagan also approved a number of clean air measures in the late 1960s challenged by Detroit’s automakers.

The tradition remains very much alive under Brown, who has battled for stringent environmental regulations during his long political career. Brown noted in his speech that 194 countrifes signed the Paris Agreement to control greenhouse gases.

“Our own voluntary agreement to accomplish the same goal – the ‘Under Two M.O.U.’ – has 165 signatories, representing a billion people,” he said.

“We cannot fall back and give in to the climate deniers. The science is clear. The danger is real.

We can do much on our own and we can join with others – other states and provinces and even countries, to stop the dangerous rise in climate pollution. And we will,” Brown emphasized.

Brown, however, did hold out an olive branch to the new administration in Washington, acknowledged the infrastructure of roads and bridges carrying motor vehicles needed improvement.

“This is a topic where the President has stated his firm intention to build and build big,” Brown said, citing Trump’s inaugural address on Jan. 20.

“And in this, we can all work together – here in Sacramento and in Washington as well. We have roads and tunnels and railroads and even a dam that the President could help us with. And that will create good-paying American jobs.

“When the science is clear or when our own eyes tell us that the seats in this chamber are filled or that the sun is shining, we must say so, not construct some alternate universe of non-facts that we find more pleasing,” Brown said.