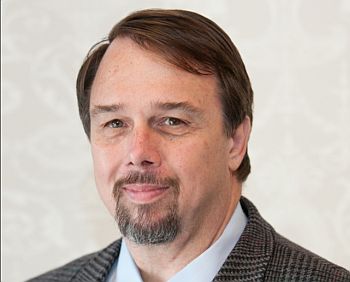 “(Bryan) has been involved with nearly every facet of NAFA, on every level, for 25 years now,” said NAFA’s president Patti Earley, CAFM. “He has chaired many of NAFA’s committees, took the lead on converting our education to an online system, and was instrumental in this Association’s recognition that mobility was going to radically change the working lives of everyone in our industry.”

NAFA’s Distinguished Service Award is the Association’s highest form of recognition for members. 2020 is Flansburg’s final year with the Board of Directors, after serving in multiple capacities on it for over eleven years.

Flansburg earned his CAFM designation in 1997 and has been one of its greatest supporters ever since, both as a fleet leader and as an instructor.

“Bryan, I am sure you will remain a vital part of NAFA for many years to come,” added Earley, “so this isn’t so much an award at the end of the race so much as the recognition at the start of its next phase.”