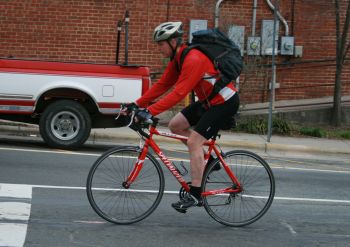 Proponents of self-driving cars say they’ll make the world safer, but autonomous vehicles need to predict what bicyclists are going to do.

Now researchers say part of the answer is to have bikes feed information to cars. A few years ago on Google’s campus, Nathaniel Fairfield arranged an unusual lunch break.

He asked a bunch of staff to hop on bikes and ride around and around a self-driving car to collect data. “It was kind of gorgeous,” he says.

Fairfield is the principal software engineer for Waymo, the self-driving car company that began life in 2009 as a Google project. By tracking a flock of cyclists, Waymo’s cars were learning how bikes move through the world. But that’s not enough.

You want to predict what they’re going to do next,” he says. That’s something Waymo’s vehicles have learned to do over 1 billion simulated miles of testing and 3 million miles of driving themselves.

To read more of the original article, go to NPR.