An Award-Winning Global Manager’s Tale: Insights on Coping with the Challenges 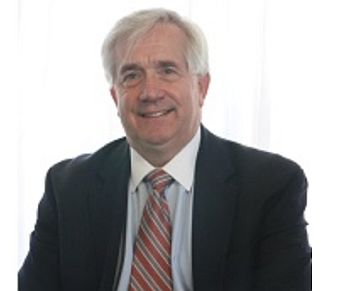 In 2015, John Dmochowsky, CAFM was named the first global fleet manager for snack-food giant Mondelez International, with sales in some 160 countries. Last year, he was named the Automotive Fleet Leasing Association’s Fleet Professional of Year after reducing Mondelez’s worldwide fleet costs by 21%. Mr. Dmochowsky was a featured speaker at last month’s NAFA Institute and Expo, at a session entitled Be Great at Global Fleet Management. Below is an edited transcript of his remarks:

Back in 2015, I was running Mondelez’s U.S. fleet when I received an email from my vice president indicating that there were six international directors of procurement who wanted to meet me in Paris to have a discussion about a shift to a global fleet RFP. We started our meeting with determining the size of our global fleet. The number ranged from 8,000 to 11,000 and finally arrived at 10,000.

Then we looked at our global footprint. We are in many regions around the world and some are more advanced than others. Coming from the U.S. market, I was sensitive to our global footprint, but not to the degree that some of my peers were. And from there we looked at taxation and regulation: What were all the different tax laws affecting our fleet finances? Were we in compliance with the restrictions on diesel-powered vehicles that could take effect in in some cities and countries?

From there, we looked at mobility, because some people in Europe wanted vehicles and some, where there is a mobility option, did not. And there was one final topic: our social responsibility. We covered a lot that day in Paris and for a good deal of the time I was as puzzled as I was engaged.

I went back to the United States and a week later they asked me if I would like to become the global fleet manager. At first, I wasn’t a big supporter. I thought to myself, “Why go global?” There I was, with great relationships with my fleet management company, my safety companies, and my OEMs. And, of course at the age of 60 and 32 years with the company, I was at the point where, generally, people are getting severances, not promotions. But I said yes, and it’s definitely been enjoyable and it’s worked out well. So, I recommend that fleet managers always keep an open mind about change.

When you go global, it’s critical to choose the right strategic partner, and then to embrace them, be open honest with them, and the rest will follow. In my case, it was Dawn Santelli [senior vice president at LeasePlan International]. All the successes I’ve had are based on a strategic partnership that turned into a friendship.

One of the biggest challenges that I found and still find is data transparency. Here in the U.S., we’re on open-end leases and data is very transparent. I just attended a presentation on total cost of ownership, and everything you need to measure that in the U.S. is there. You know you can’t really correct a problem until you know what the problem is and be able to identify it.

One of the challenges I had in Europe and other parts of the world with closed-end leases was a lack of data transparency, how fleets were capturing and classifying costs. Some of the fuel cost was going into the lease cost. Some of the lease cost was going into other costs. And the same thing applied to accidents. You know, I was showing Europe with a 46 percent at-fault rate. But did you know in Europe they capture a hit in a parking lot as a preventable accident? So those are the things that were challenging, the classification of data and data transparency.

When you develop a global strategy, another challenge is to get local country buy-in. Getting your colleagues to buy in is imperative. The only advice I can give you right now is to be yourself, and be sensitive to cultural differences.

The last challenge is scheduling travel. One of the challenges is to make sure all the people are available when you’re there. One thing that really surprised me is the complexity of securing visas for country managers to attend regional meetings. I have fleet managers in Africa, Middle East and Asia, in Europe and North America and Latin America, and obtaining visas in some of those countries can be very difficult. Believe me, if you want someone to attend your meeting from Saudi Arabia there’s some pre-work that needs to be done, so you have to be sensitive to the visa.

I think the best way to identify fleet goals is to start with your KPIs, your key performance indicators. And a few of them I like to touch on are: safety – you want to be sure that everybody is in compliance with safety training, and as you know safety is critical in our industry.

The second goal would be related to your type of vehicle. But trying to have the right vehicle globally is very difficult. We had over 90 percent compact vehicles. Guess what? Certain terrains, certain geographies, certain cultures will not have that. So being flexible with your goals is critical.

But, of course, the last goal is to reduce total cost of ownership. We went from 11 OEMS down to three or four and from eight fleet management companies down to two. That simplifies your operations, creates volume, and opens the door to access to their innovative products and services. By doing that over the last three years, we reduced the total cost of ownership by anywhere by 15 to 25 percent. That’s a big win. But the goal is to deliver savings so our company can do the most important thing that all companies try to do, which is to maximize stockholders’ equity.