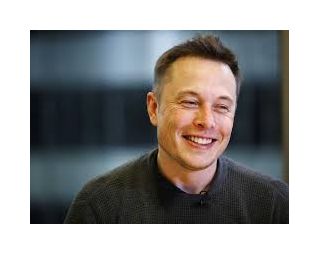 Autonomous cars are coming fast, predicts Tesla Motors’ founder, CEO and resident visionary. And they will dominate the roads well before we reach the midpoint of the 21st Century, he predicts.

Tesla is taking a first step in that direction with the ongoing roll-out of its semi-autonomous Autopilot program, which will allow the owner of a Model S sedan or Model X sport-utility vehicle to cruise along hands-free on a well-marked, limited-access highway.

Within 15 to 20 years, Musk said during a conference call, it will become “quite unusual to see cars that don’t have full autonomy.” It’s a position some, but by no means all, of Tesla’s competitors share.

One autonomous vehicles catch on, whether through popular demand or government fiat, proponents like Musk expect them to quickly become the norm, rather than the exception. And vehicles that can’t switch into autonomous mode will be seen as inferior, translating into “negative value,” predicted Musk.

“It will be like owning a horse,” he postulated, a great toy for playing around, but not something practical for everyday use.

Among those who echo that opinion is Carlos Ghosn, the CEO of Nissan. At the Tokyo Motor Show last week, the Brazilian-born executive introduced the maker’s IDS, or Intelligent Drive System, concept vehicle, which offers full autonomy and, like Tesla’s offering, a long-range battery drive system. The IDS is thought to offer a taste of a future Nissan Leaf with autonomous capabilities. And, like Tesla, the maker will get to that goal in stages, starting with its limited-function Piloted Drive 1.0 in about a year.

But Nissan was the first automaker to set a hard date for offering a fully self-driving vehicle. And despite widespread skepticism, it is staying on target, Ghosn declaring in Tokyo, “We think we’re going to be ready by 2020 with autonomous city car.” That means a vehicle capable of going hands-free in urban driving, not just on highways.

For his part, Ghosn expects to offer buyers the choice of switching between full autonomy and “assisted driving” systems more like the most advanced cars on the road today. They would watch out for potential problems, helping steer back into a lane if a driver starts drifting, and warning of a potential crash.

Google seems to be pushing towards a world in which there are no drivers, just passengers. While early versions of its specially designed “Google cars” still have backup pedals and a steering wheel, it wants to eliminate all controls but for an emergency shut-off in later models.

And that would be fine with the likes of Uber which is desperate to go with fully driverless vehicles to cut the cost of its increasingly popular ride-sharing service.

Most experts, even autonomous vehicle proponents, remain skeptical of how long it will take to put that level of technology into production, likely not until close to mid-century, according to a study by the Boston Consulting Group.