Are EVs Worth the Money? Hybrids May Be the ‘Greener’ Choice 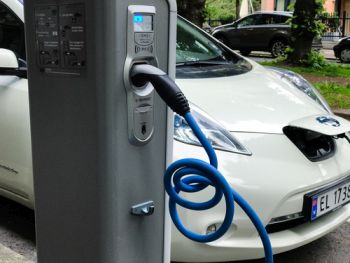 In the battle to avert climate change, vehicles powered only by electricity — EVs — are being heralded around the world as the ultimate transportation solution for a “zero emissions” future. While it’s true that EVs generate no CO2 at the tailpipe, a closer look that includes embedded emissions suggests that, at least in the near term, hybrids – vehicles that combine a fossil fuel power train with one powered by electricity – may, in fact, be the better alternative.

Why? In a nutshell, because in the US EVs offer, at best, a small extra environmental benefit beyond that offered by hybrids, and getting that marginal extra environmental benefit comes at a significantly higher acquisition cost. Given the fact that passenger vehicle CO2 emissions account for only about a quarter of Americans’ CO2 emissions, it’s entirely possible that the money saved by opting for a hybrid instead of an EV could be spent in other ways to achieve even greater benefits for the planet, while keeping fleet costs lower.

Embedded emissions: the reason EVs aren’t quite as green as you might think
It may come as a surprise to hear that EVs don’t offer much extra environmental benefit beyond that which hybrids offer. The reason is that the total carbon footprint of any vehicle goes beyond what comes out of the tailpipe.  Other factors come into play, including the emissions generated to make the automobile – called “embedded” emissions – as well as the emissions that are the byproduct of creating the fuel it runs on.

Most people leave those out when they compare EVs to hybrids and fossil-fueled vehicles, and, of course, from that perspective, EVs look like the uncontested environmental champs. The truth is, though, that EV embedded emissions are greater than their alternatives and, when adding in electricity-generation emissions, their total lifetime carbon footprint isn’t very much different.

Test case: two versions of the Hyundai Ioniq
To illustrate the point, we’ll look at two cousin vehicles produced by Hyundai: the all-electric Ioniq Electric – which lists for $30,315, and its hybrid version, the Ioniq Hybrid, with an MSRP of $21,150.  The numbers below are the result of my own calculations, based on average figures from the manufacturing and utility industries and the U.S. government.  Of course, the exact numbers for any fleet will vary depending on which brand and model of car one compares and, on some assumptions, such as the emissions created in the production of a battery, the price of gas and how “clean” electricity production is where the vehicles are operated.

Embedded emissions are higher for the electric vehicle than the hybrid. Industry estimates suggest that battery manufacture creates 0.125 metric tons of CO2 per kWh of capacity while car production creates around six tons of CO2 per ton of vehicle. Combine these estimates with the characteristics of the vehicles – the Ioniq Electric has a much bigger battery than the Hybrid version– and over their respective expected lifetimes, the Electric’s embedded emissions come to 91 grams of CO2 per mile compared to the Hybrid’s 46.

Fuel/energy related emissions are lower for the electric vehicle than the hybrid. Indirect CO2 emissions – emissions that are produced either at electric power plants or during the fuel extraction, refining and delivery process — are a bit trickier to estimate because they depend on a number of factors that vary from region to region, like how efficient the electricity transmission grid is and how clean the electricity used to charge the battery is.  Using average U.S. Industry and government numbers, the Electric’s indirect emissions come to 128 grams per mile, while the Hybrid’s come to 192.

Adding these embedded and fuel/energy related CO2 emissions estimates together, we get total per-mile CO2 emissions of 219 grams for the Ioniq Electric, and 238 grams for the Ioniq Hybrid, for a scant advantage of only 19 grams. To put it another way, in a year’s worth of driving (14,400) miles, the Ioniq Electric would put about 3.1 tons of CO2 per year, compared to 3.4 tons for the Hybrid.  (Both, by the way, are far better than the 7.3 tons for the average U.S. passenger car powered by an internal combustion engine.)

A hybrid looks like a more cost-effective way to cut total CO2 emissions
This won’t be a full total cost of ownership analysis here, but if we add up the sticker  prices and total cost of fuel and electricity each vehicle will consume (assuming current average US prices), then divide that by their expected total lifetime mileages and multiply the resulting figure by the 14,400 miles the average American drives each year, we can get a figure that is at least indicative of their average annual ownership costs.

Crunch all the numbers, and here’s what you get: the Ioniq Electric costs about $4,000 per year to own and operate, compared to around $2,500 for the Hybrid. Put another way, owning the Ioniq Electric means you’d be spending $975 per ton of CO2 reduction, but just $640 for the Hybrid, making the latter the far more economical of the two. And even if the price of gasoline doubles and the price of electricity remains the same, this would still be the case.

So, Where Does This Leave Fleet Managers?
Having said all that, here are my two cents: if you’re trying to decide between buying hybrids and buying EVs, pick the hybrids. They’re cheaper to own, they don’t require lots of new infrastructure or changes in fleet drivers’ behavior, they don’t require services to help fleet managers sort out complicated problems about when and where to charge vehicles, and they avoid these costs while delivering most of the environmental benefits EVs offer. And if fleets opt for the hybrid, they can put the approximately $1,500 per year per vehicle that they save toward any one of a number of net CO2 emissions reduction measures. That amount of money, for example, could be used to plant a whole lot of trees each year.

If and when the EV supply chain is cleaned up considerably, or electricity in America is generated as cleanly as it is in places like France or Ontario, or if the price of EVs falls a lot relative to the price of hybrids, or if gasoline becomes much more expensive relative to electricity, the time will have come to revisit this argument.

* In lieu of empirical data to go on, in my model I assume the Ioniq Electric will reach 124,000 miles at the end of its lifetime. This is equal to 1,000 charge-discharge cycles of its battery, a figure typically cited as the upper limit for batteries of the type the Ioniq has before their performance rapidly degrades. For the Ioniq Hybrid, I assume and end-of-lifetime mileage of 175,000 miles. This is roughly equal to the average age of US passenger vehicles on the road today multiplied by the average number of miles American motorists drive each year.