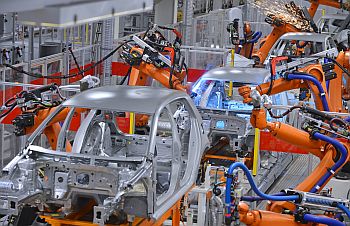 As COVID-19 cases surge to record levels and the state of Michigan prepares to enact a new round of restrictions aimed at stopping the spread of the virus, Detroit’s automakers hope the success so far of their safety protocols will allow them to keep plants open and production running.

The automakers already went through an eight-week plant closure in the spring. That shutdown caused the automakers to bleed billions of dollars in revenue, but they managed to pull off a production restart the likes of which the industry had never before experienced.

They are now nearly back to pre-pandemic production levels, and some plants are even working overtime to restock the trucks and SUVs whose strong sales delivered strong third-quarter financial results for the automakers.