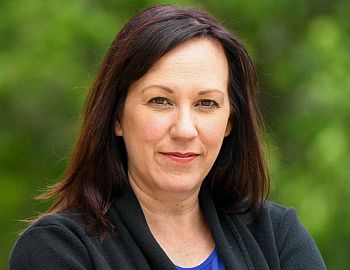 In 2018, MJ Hegar ran for Congress in Texas and struck a meaningful chord across the nation. Beautifully depicted in her moving and wildly-viral campaign video, “Doors,” Hegar told her story about opening, pushing and sometimes kicking through every door in her way. In her electrifying presentation, she will discuss the importance of teamwork as well as individual advocacy, highlighting the doors that each of us has in our paths—and how to open, push, or kick your way through.

Major MJ Hegar is a force to be reckoned with. While piloting her third tour of Afghanistan, she took a bullet to her helicopter’s windshield. Badly injured, and under heavy fire, she flew her team to safety, conducting a near-impossible landing. She received a Purple Heart and a Distinguished Flying Cross with Valor, an honor awarded to only one other woman ever: Amelia Earhart. When her injuries barred her from service, she fought a policy that excluded women—a historic victory for female military members.

An incredible story—soon to be a major motion picture—Hegar’s bravery inspires audiences to persevere through change, hardship, and any obstacles in their way.