A Brain Science Advisor’s Perspective on an Effective Safety Program 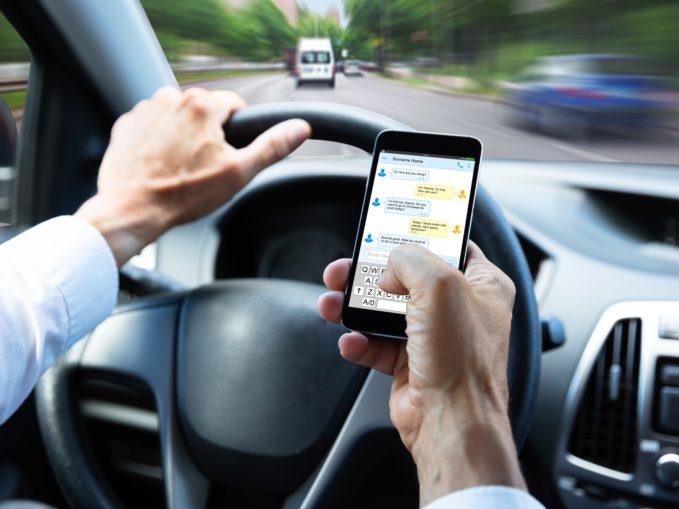 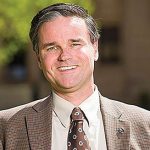 “It used to be that there were just a few great examples of fleets that were doing the top three things companies must do to address distracted driving – first, develop comprehensive and specific policies; second, enforce those policies, and third, educate drivers about safe driving behaviors,” he recounts.

“Now we are seeing more and more fleets starting to get the message and paying a lot more attention to the issue of distraction. They are looking at their own crash rates. They see fleets with good policies that are experiencing much lower crash rates, often two-thirds lower! In general, I think today’s fleets are going in the right direction.

A big part of any safety company’s mission should be to educate the companies they work with to understand why drivers might become distracted or tired, or otherwise perform unsatisfactorily, posits Paul. So he sees his role at eDriving as contributing a science-based rationale for the company’s safety education and program recommendations: “We want to help our customers understand what the science says about issues like distraction, fatigue, speeding, as well as what we can do from a policy and practice perspective to help improve safety.”

Prior to COVID, Paul gave a presentation on the economy of inattention and made a bold prediction that we would see increases in fatality rates and crash rates because the crashes that would happen would be far more serious even though there was a decrease in miles driven.

Explaining the reason for the prediction, Paul said, “We know happens with a crash due to inattention is that drivers don’t mitigate the crash. It happens at full speed, or if someone does hit the brakes, it is far too late. A crash like that typically leads to significant injury or death as opposed to a crash where a driver is paying attention, but cannot completely avoid a crash for some other reason. In the latter case, the driver is likely to slow down and stop.

“That’s actually what we saw happen in 2020 during the pandemic in the United States. There was a decrease in the number of miles, and an increase in the number of fatalities, as we predicted. The National Safety Council estimated a 96% increase in the fatality rate per mile driven — an increase unseen in almost 100 years. Interestingly, in Europe, which also saw increases in speed during that same period of time, there was a decrease in fatalities along with a decrease in miles driven. I would say the difference has to do with distracted driving enforcement where they lead the United States,” Paul concludes.

Another side effect of the pandemic is that people have become more distanced and are bridging that distance through technology. Paul points out that, while everyone is more comfortable with the technologies, many start to believe that those technologies can be applied anytime – even when they are inappropriate.

“We see that people are finding more ways to connect when they are driving,” says Paul. “As a result, they are more distracted than ever, contributing to the increase in fatality rates on U.S. roads. The issue for fleet safety managers is how to adopt effective policies that discourage people from distracted driving and educate drivers about the risks of distracting technologies.”

The Myth of Increased Productivity

One concern fleet managers often hear from drivers is that getting rid of devices reduces productivity, Paul reports that “researchers in our laboratory and at the National Safety Council have found that doing business while driving is not good business.”

He continues, “It actually leads to lower productivity rates, according to the NSC, and we have actually studied drivers trying to negotiate the roadway and negotiate for business at the same time. What we saw is about a 30% reduction in negotiated business deals outcomes while driving. The bottom line is, even though people think they’re gaining something from using that drive time to do business, actually they’re less safe and less productive.”

One of the most common questions Paul still gets is, “What’s the difference between a handheld or hands-free conversation and a conversation with a passenger?” He cites a couple of differences: “If you think about the last time you were talking to a passenger and traffic got heavy, conversations tend to ebb and flow when you’re talking to an experienced passenger. Research confirms this tendency. Our brains demand that we pay attention.

“If you have ever had a co-driver in the seat next to you, safety is actually increased. Not only can they help keep you alert, but they can serve as a second set of eyes to help you spot hazards. With a phone call, the person on the other end is not going to help spot a deer about to cross the road or a car that’s unexpectedly braking.,” he says.

Many times, safety training solutions focus on changing attitude, hoping that will elicit a change in behavior. However, Paul notes that if one looks at past health change education campaigns, they didn’t work.

“People didn’t smoke less because smoking was bad for them,” notes Paul. “They smoked less because it became more difficult to smoke in most environments. It became more expensive to buy cigarettes. It negatively impacted their insurance premiums. We recommend that companies keep the focus on changing behavior. Attitudes will shift later to match the behavior.”

He continues that companies that have good behavior-directed education and match it with enforcement of the penalties are the ones that do best: “I once worked on arbitration hearings for a large food delivery company. They had a policy. They had in-car visual telematics, and if they saw a driver engaging in distraction, the driver would be terminated. They saw their fleet crash rates go down by two-thirds!

Over time, as drivers start to drive less distracted, Paul reports that there’s an inconsistency between behavior and a thought process that goes like this: “I’m not driving distracted, but I’m not sure I believe in distracted driving as a problem.”

“We are programmed to want to match our thoughts with our actions, Paul explains. “If we can’t shift the behavior, our attitude starts to shift. We need to resolve this cognitive dissonance. By altering behavior through safety training, we bring about the mismatch of behavior and attitude that eventually brings a change in attitude.

“One of the studies I’ve seen reported that it took about a year after the company implemented its distracted driving safety program for drivers to really accept the lessons learned. After that, they even got their family members to stop driving distracted. We have found that it takes sustained behavior change to shift attitudes, but that can lead to a cultural shift within an organization, too.

While Paul only referred to penalties earlier, he added that the companies that use both positive reinforcement as well as punishment or negative reinforcement achieve the best results, and provided a specific example: “The last three leaders of one global pharmaceutical company had some role to play in worldwide fleet safety at some point in their careers. That fact made it clear that safety was something that the company cared about, and it rewarded individuals for participation. Unfortunately, rewards take more time to impact behavior than penalties, but they are both critical.”

Driver assist technology has progressed over the past several years, and Paul’s recommendation to fleet managers is to understand how the technology impacts the driver. “As a brain science advisor, I am concerned that assist systems do not create a distraction to prevent distractions. Simple things can be helpful, for example, a warning tone when speeding, but we don’t want to cause drivers to lose their focus on driving through an interruption that attention away from the road,” he cautions.

Despite the advances in technology, Paul does not believe that any company should rely solely on technology alone. “An effective program needs the human connection. The first-line supervisor, or someone who knows the driver, is the best conduit for delivering safety-related messages. He or she can make a credible case that bad behavior is just not dangerous for the company, but it’s dangerous for the driver. The company’s interest is getting the driver home safely every night.

“I think most companies that I’ve seen are delivering this really important message, but involving the direct manager ensures continuity that critical to driver acceptance and understanding.

“I will cite one more study that looked at safety culture and the kind of impact it had on individuals of the company. It found that when companies adopt many of the policies and processes in place I’ve described, employee engagement went up, and they felt like the company cared for them.”

Jul 24, 2021Janice
Trends and Opportunities in the Fleet Market TodayLeasePlan Builds Back Stronger: An Interview with LeasePlan USA CEO and President Matt Dyer