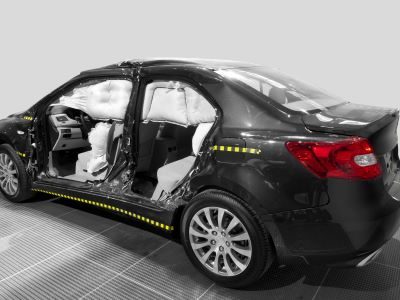 April 7, 2022 – For the 2022 model year, more automakers built their cars to better withstand and avoid crashes, according to the latest ratings announced Thursday by the Insurance Institute for Highway Safety.

A total of 69 models earned a 2022 Top Safety Pick+ designation, which is considered the most rigorous independent safety rating in the automotive industry. Last year at this time, 49 models earned the accolade. Another 36 models in 2022 testing earned the next highest rating of Top Safety Pick, to bring the total to 105 models out of about 220 tested.

Every 2022 Volvo and Genesis model earned a TSP+, marking a rare sweep for the brands, though it’s easier to accomplish with lineups that consist of only five key models. Hyundai Motor Group, parent company of Hyundai, Kia, and Genesis, earned the most total safety picks, with 11 TSP+ and 10 TSP awards.

via The Car Connection

Apr 11, 2022connieshedron
Chase Partners With EVgo to Pilot DC Fast Chargers at 50 of its US BranchesRevealed: The Music Choices That Can Affect EV Battery Range