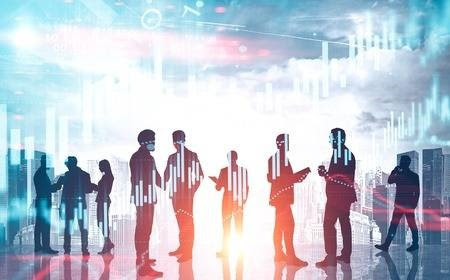 This year’s Network of Employers for Traffic Safety (NETS) Strength IN Numbers® Fleet Safety Benchmark Conference this month demonstrated once again why every fleet should belong to the organization. Why? Because it’s where fleets can learn what works best from the elite in fleet safety.

Like most other conferences held in the midst of the COVID-19 pandemic, the three-day conference was conducted virtually over a very smooth-running platform that made it easy to watch, interact and network with members and suppliers of fleet safety systems.

While every one of the conference’s keynote and plenary presentations contained valuable insights and statistical nuggets, the focal point remained the presentation of the key findings of the organization’s data year 2019 benchmark survey, to which 76 member fleets responded. NETS partners with two professional statisticians – Jonathon Vivoda, a professor at the University of Miami (Ohio), and Ken Kolosh of the National Safety Council – to analyze the findings.

Their latest analysis found no significant change in the surveyed fleets’ safety record based on overall collision rate but reconfirmed the group’s superior performance. While industry consensus is that the average North American fleet experiences a 20 percent annual accident rate, the 2019 survey found responding fleets had an average less than half that of the fleet industry, at under 9 percent in North America. In terms of miles traveled, the survey group reported an average of 5.15 crashes globally per million miles traveled and 0.2 injuries per million miles traveled in the U.S.

While the presentation of the survey report provided the densest recitation of best practices data and safety insights, more were sprinkled throughout the presentations by keynote speakers and those that related fleet case studies. Here’s a sampling.

• Blood levels of the active ingredient in marijuana dissipate to below legal levels in less than two hours after use, but drivers remain impaired at high levels during that time and beyond.

• A fleet whose high-risk drivers fail to complete driver safety coaching assignments on time had an accident double that of drivers who complete them on time.

• Listening to comprehend a cell phone call – whether hand-held or hands-free – reduces a driver’s visual attention by more than 40 percent.

• While the U.S. National Highway Traffic Safety Administration estimates that at any one time four to six percent of all drivers are using a cell phone, one researcher believes the number is more like 20 to 40 percent.

• A cable television company found that when it employed cell-phone blocking technology in its service fleet, technician productivity improved.

• A service fleet with high driver turnover that started using “microlearning” – the repeated assignment of very short driver safety video lessons – and tied timely completion to prospects for raises and promotions saw a reduction of 41 percent in risky driving events identified by telematics, a 15 percent reduction in crashes per million miles travelled and a 21 per cent reduction in severe at-fault collisions.

These are just a few of the kinds of insights membership in NETS offers. To encourage more fleets to join and provide the opportunity to network and benchmark with other members, NETS recently announced a restructuring of its membership fees. For more information, visit NETS’ website.