Why Fleet Accident Costs Could Soar in 2016 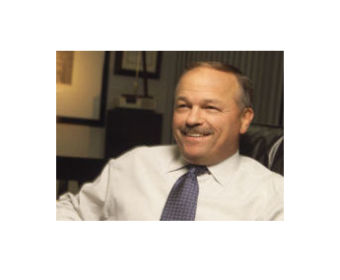 By Wayne Smolda, President and CEO of The CEI Group, Inc.

The most disturbing news for fleets to come out of 2015 was the projection that traffic fatalities for last year were going to increase by the greatest rate we’ve seen in many years, a warning that fleet accident costs – including repair and other “hidden” expenses – could do the same next year.

First, the National Safety Council (NSC) announced last August that, based on the first six months of last year, US highway deaths would reach 40,000 by year-end. If the NSC’s estimate is borne out, that would represent a 22% increase over the number of people killed on our highways in 2014.

Then, in October, the U.S. Bureau of Labor Statistics announced that more fleet drivers died in traffic accidents in 2014 – 835 – than in the previous six years. Finally, in November, the U.S. National Highway Traffic Safety Administration found a similar, although less intense upward for 2015, with an 8.1% increase in traffic fatalities for the first six months of the year.

None of these figures show the underlying trend in traffic accidents of all kinds, including property-damage only and those causing non-fatal injuries. But the NSC did find that the number of crashes with serious injuries rose 30% in the first half of 2015, and that their estimated cost topped $152 billion, a jump of 24% in 2014.

It’s my educated guess that these figures reflect an increase in traffic accidents, and points to a long-term trend. Why? Because each of the studies shows that the fatality rates by million miles driven have also increased.

Look to three reasons for these higher numbers:

• Our roads are more congested, more complex and deteriorating. Unemployment is down, and there are more registered vehicles on US highways than ever before. Meanwhile, our roads and bridges are crumbling and long overdue for repairs and replacement, which means they’re more dangerous to drive on than in many years. Add to this the last-minute lane changes many drivers make for electronic toll collection and toll gateways and you’ve got a prescription for more accidents.

• People are driving more. According to the US Federal Highway Administration, in January of 2015, year, the U.S. had already set a new record for vehicle miles driven, at 3.1 billion. In addition to more people working, chalk that up to lower fuel prices that encourage people to take more frequent and longer trips.

• Our smart phone addiction is epidemic. In spite of all the warnings about how dangerous it is, more drivers are using their cell phones and texting than ever. A study by AT&T found that 70% of all smart phone users are on their phones while driving, and the NSC announced last year that the number of phone-related crashes increased for the third consecutive year in 2014, accounting for 27% of all highway accidents. It’s hard to see this trend being reversed in the near future.

Even without higher accident rates, fleets face an increase in the cost of accident repairs, given the continuing growth in the number of safety systems appearing in new vehicles and in the use of non-traditional materials, like aluminum, plastics and high-strength steel, all of which are costlier to repair.

What can fleets do about all this? I can think of three ways to save on accident costs:

1. Prevent accidents. Online fleet driver safety programs that change driver behavior – like CEI’s DriverCare application – can cut fleet accident rates by as much as 35%. In particular, driver training focused on safe smart phone use should become a mainstay for fleets. In addition, fleets ought to consider adopting forward crash prevention technology that employs automatic braking, which has been found to reduce rear-end crashes by about 15%.

2. Improve loss recovery from at-fault, third party drivers. CEI finds recovery potential in 25% of the claims it manages, and recovers about 95% of the dollars we purse. This kind of performance can go a long way toward offsetting the rising cost of fleet accidents.

3. Save money on repair expenses. CEI’s team of licensed physical damage appraisers cut fleet repair costs by an average of 8 to 12% through the use of certified after-market parts, high-quality used parts, paintless dent repair and other cost-saving repair techniques. And because CEI delivers high volumes to its network repair shops, we also minimize repair time and rental replacement vehicle expenses.

For everyone’s sake, I hope the accident forecasts are wrong. But even if they are, every fleet owes it to itself to take these action steps.