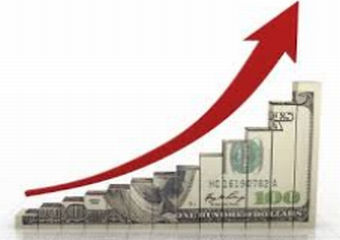 Fleets feeling the brunt of the trend
Automotive technology is a two-edged sword.  While it’s making vehicles safer and more fuel -efficient, it’s also driving up the cost of accident repairs at a rate faster than the general rate of inflation, a trend that is likely to continue for the foreseeable future.  That makes it more important than ever for fleet managers to make every effort to manage the collision repairs closely for cost control and to uncover opportunities for savings.

The numbers
Figures published by CCC Information Services, Inc., an independent information services provider for automobile insurance, collision repair and appraisal companies, reveal that over the last five years, the trend in changes in the average accident repair cost for all U.S. customers has reversed, from lagging the general rate of inflation (the Consumer Price Index, or CPI) to exceeding it.  In 2009, according to CCC, average vehicle accident repair costs declined by 1.7% to $2,399, while the federal government’s CPI rose 2.7%.

Factors driving these rising costs include the increasing use of alternative materials in new vehicles, more safety equipment of increasing sophistication, and rising costs for the collision repair industry that inevitably will be passed on to its vehicle owners.  The effect is going to continue to be sharply concentrated among fleets, which typically have a higher proportion of late-model vehicles featuring the latest technology.

The increasing use of alternative materials.
The federal government’s goal of raising automotive fleet fuel efficiency to 54.5 mpg by 2025 is causing manufacturers to replace conventional steel with lighter-weight and higher-strength materials at an increasing pace. CCC refers to these materials as “substrates” and includes plastics, carbon fiber, aluminum, boron, magnesium, high-strength steel, ultra high-strength steel and sandwiched steel.

For example, in 2013, CCC says that 89% of all new vehicles sold in 2013 had at least one part made of substrate materials.  They were used to make the pillars, rocker panels and floors in 33% of the new vehicles sold, the fenders in nearly 24%, more than 13 percent of the rear body floors, 6% of the roofs and 5% of the quarter panels. Plastics are even showing up under the hood in manifold covers and radiator supports.

More safety equipment and onboard technology.
The proliferating number of airbags – now up to as many as 10 in some new models – has had the same type of effect on accident repair costs. Deployed airbags have to be replaced at an average cost of roughly $1,000 per airbag, which includes the cost of parts and labor. In 2013, CCC said the repairs on vehicles that required replacing air bags cost thousands of dollars more than vehicles with no deployed air bags.

A new trend is to install accident avoidance technology, involving a number of cameras and sensors.  Such systems can add several thousand dollars to the price of a new vehicle. The tradeoff is the expectation that this technology will reduce accidents.  CCC says system advocates estimate that increasing deployment of accident avoidance technology will reduce accidents by nearly 2% over the next five years, nearly 3% over the next 10 years, and nearly 5% by 2034. The immediate effect, however, is longer repair labor time and expense to assure that all sensors and cameras are precisely repositioned.

Rising costs for the collision repair industry.
All of these changes are translating into the need for the collision repair industry to make a significant investment in new facilities, equipment and training.  For example, because aluminum causes steel to corrode, repair shops effectively have to build a second repair facility to keep the materials apart.  Estimates for the investment for a single shop to add this capability run from the tens of thousands to more than one hundred thousand, of dollars. CCC noted that today, fewer than 10% of the nation’s 30,000-plus independent repair shops are certified and have the equipment needed to repair aluminum parts.  It’s only a matter of time that those who take on the investment will seek to recover it by raising their labor rates.

The world of collision repair is changing rapidly.
To control costs in this environment is going to require more diligent and knowledgeable accident repair management that may well exceed the average fleet department’s resources.  That makes it all the more important that fleet owners seek the help of third-party accident management service providers with proven capabilities to address these radically changing trends in accident management.

11 Ways Your Car Can Be Hacked — And 8 Ways You Can Prevent Car Hacking
Can Fleets Vaccinate Against the ‘Triple Threat’ to Drivers?