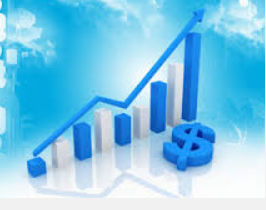 Fleets can save money on collision repairs by using alternatives to parts made by the vehicle’s manufacturer, or “OEM” (Original Equipment Maker). On average, the alternatives can be 10% to 30% cheaper than OEM parts.

While parts are just one component of a collision repair, the savings can add up to hundreds of dollars when more than one alternative part is used in a single repair , and substantial dollar amounts for fleets in the course of a year.

But for a variety of reasons, fleets need to exercise caution when using these kinds of parts. For one thing, their leasing company may not allow any but OEM parts to be used. Alternative parts could also void the vehicle manufacturer’s warranty, or could diminish a vehicle’s residual value. Across the entire collision repair industry, OEM parts are used about two-thirds of the time, but in recent years the percentage has been declining as non-OEM parts become more widely accepted.

As an accident management provider for hundreds of fleets across North America, though, CEI has found that non-OEM parts are becoming increasingly popular among fleets in their continuing efforts to control costs. The key to success is to know when to use alternative parts and which ones to use.

To illustrate the potential savings, consider one of the most commonly replaced parts: front bumper covers. Mitchell International, a company that publishes data on accident repairs, reported recently that using a new front bumper cover made by a company other than the vehicle maker for a Chevrolet, Ford or Toyota would save an average of $79 — $299 for the average OEM part, compared to $220 for the alternative. That’s a difference of more than 26%.

Other commonly replaced parts include headlamps and hoods. A recent CEI-managed repair on a 2013 Chevy Equinox SUV featured aftermarket versions of those very parts, for savings of $363 on what would have been a $4,146 repair. The aftermarket parts knocked the final bill down to $3,782, or 8.7% off the original estimate.

There are three categories of alternative parts: aftermarket, reconditioned, and used (also known as “like kind and quality”, or “LKQ”,) with hundreds of suppliers throughout North America. Aftermarket parts are new, but made by companies other than the vehicle manufacturer; they’re reverse-engineered with the intention of equaling surpassing the originals in quality. Reconditioned parts are OEM parts that have been rebuilt and, in some cases, upgraded with newer or better components. Used parts are taken from vehicles in salvage yards.

Beyond the issues of lease restrictions and automaker warranties, there are other considerations fleets need to bear in mind when considering using alternative parts:

Availability can be limited. Depending on the make and model, aftermarket parts are often unavailable for at least a year after a new model is introduced, and used parts can be scarce. Waiting to find them can lead to costly delays in the repair.

Use CAPA-Certified Aftermarket parts. The Certified Automotive Parts Association (CAPA) is a non-profit organization that subjects aftermarket and reconditioned parts to a series of tests to be sure the parts are at least as good as the originals. Be suspicious of parts whose extremely low prices look too good to be true.

Know your supplier. This applies in particular when considering a used part. Used parts sometimes bear damage that needs to be repaired, and it’s important to be able to trust the used part dealer when he or she describes the part’s condition. Shop repairs to those parts could push the price higher than that of a new part, and having to return unacceptable used parts can lengthen repair time and raise the costs of both the repair and the rental vehicle replacement.