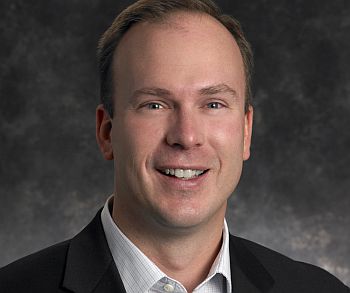 Let’s talk about where ARI is now with respect to data and fleet.

We’re continuing to execute the data strategy we finalized five years ago, and we’ve come a long way. Five years ago, we partnered with SAP to develop solutions on their groundbreaking HANA platform. Over the last few years, we have taken the data from our core transactional systems – our fleet management systems, our leasing systems, our resale system, and our financial systems – and have integrated all of it on SAP’s HANA platform. Now, we’re starting to put new tools in place that tap into the power of HANA to empower our customers and our business.

What does that mean for a client? What does HANA allow you to do?

HANA began as an initiative at SAP to remove current database technology barriers and to allow nearly instantaneous access to information. What SAP developed was an extremely fast in-memory columnar database that can react with the speed of business.  HANA has since matured into an analytics platform with built in capabilities such as spatial analysis, a rules based engine, and predictive analytics. These extended capabilities allow us to simplify our IT ecosystem by collapsing disparate technologies into a single platform. The net effect for our customers is a vastly reduced development time, near real-time access to data, and analyses and recommendations on information that was previously difficult to obtain.

For example, before HANA, if you asked it a novel question involving years of data, you had to be careful how you posed it, because as the data gets deeper and deeper, and the business becomes more complex, the time to answer those questions increased accordingly. At ARI, we started to notice that our customers and the business had become conditioned to understand that if they asked a question outside the norm, the typical response time may not be in seconds, but rather counted in minutes or sometimes hours, and that was unacceptable for us.

So, working with SAP we were able to use their new technology – SAP HANA, SAP Lumira and some other technologies they have – to turbocharge that information. Now we can ask questions and get consistent, instantaneous responses to almost any question that our customers or the business needs. And it’s helped to enhance our culture of innovation.

Could you give us an example?

HANA recently enabled us to create the ARI Fleet Health CardTM. HANA allows us to take disparate information from across the organization, whether it’s maintenance information, resale information, fuel information, and stitch it all together for our customers so they are able to truly see what is happening with their fleet in real time and be empowered to ask the right questions that have an impact on operations and, hopefully, on the bottom line.

We’ve also integrated statistical analysis into it. So now it’s not just a matter of taking a look at what happened – truthfully, anyone can do that. Anyone can collect information and tell you where your money went. The really impactful questions are why did something happen and what can you do about it? And what levers can we pull, what recommendations can we make, what changes need to occur so this doesn’t happen again, or conversely, if it’s something good, how do we do more of that?

Using the ARI Fleet Health Card, we’re able to present information to our customers and combine it with statistical analysis to show it to them in a new way – a way that has genuine meaning and allows them to take action. We’re not turning them into statisticians, but empowering them to do decision-making on the fly.

So, it looks like ARI has invested a lot of money in new technology.

We have. In fact, 25 percent of our operating budget in invested into technology and information systems. It has been that way for many, many years. But we not only invest in technology, but in our team as well. It’s great when you make investments in technology, but you have to have the right people in place, and we have a very deep bench at ARI. We’ve also partnered with a number of universities in the tri-state area. Philadelphia has some very strong universities. We partner with St. Joseph’s University and Drexel University. This helped us to instill a level of academic rigor into the process and allowed us to collaborate with professors who work in conjunction with our employees to come up with new products and services.

What do you see in the near future?

What really excites me is the movement towards transalytic systems – the collapsing of transactional and analytic systems.  In nearly every organization these are disparate systems and because of that, a delay in the time it takes from capture to analyze is inevitable. What this means is there is an unavoidable loss, or a delay, of opportunity to use information to drive more informed decisions. By combining these technologies, analytics will not be a separate thought, but rather it will become engrained and pervasive throughout the organization. As data is captured – whether at the pump, in the repair facility, or generated by the asset via telematics and IoT – deep analytical analyses can be leveraged for the best decision in that moment.

How do you look at prospects for the automated vehicle?  Right now we have some advanced safety systems becoming standard equipment, like lane departure warning and forward crash avoidance systems.  But the consensus is that these are just the first steps toward full automation.

We’re starting to see some level of integration or autonomous capabilities in vehicles that are available on the market right now. The technologies you mentioned – things like lane departure alert systems and forward crash avoidance systems. I think that’s going to be the natural progression towards fully autonomous vehicles. What we’re seeing is that some of these systems are taking over the vehicle to make corrective actions. To me, that’s breath-taking, but what’s going to happen next is going to be very interesting. At the end of the day, however, what will really be needed for full autonomy is vehicle-to-vehicle communication.

You’re starting to see it already with Tesla. They have had a lot of success and what’s interesting is that they’re learning as they move along. It’s not only about making the vehicle autonomous based on reacting to the data it gathers, but endowing it with artificial intelligence so it learns. In the process, Tesla is beginning to understand what makes a driver tick, what his or her propensities are, what the different situations are that the driver faces.

On the highway, it’s one thing. Working inside a city, where you have dynamic conditions changing all the time, where you have construction zones opening and closing all the time, there’s no consistency. Consider – a construction zone in New York City may be indicated with cones and flags. But how those cones are placed on the street and how those flags are set up may be completely different in another city – there is not standard for such things. How do you deal with something like that? Using machine learning is going to be absolutely critical to the development of autonomous vehicles and gaining the experience such as Tesla is doing right now is going to be the real key to this.

What do you see in the future for fleets and autonomous vehicles?

We’re already starting to see autonomous vehicles being adopted by fleets, but we’re seeing it controlled environments with minimal traffic, like in field operations in the mining and oil and gas industries.

We have some customers in the mining business who have autonomous vehicles. They operate in a safe zone created by the company using a geofence where machines can work in a fully autonomous or semi-autonomous state and the workers themselves generally carry some sort of tag – often an RFID tag. It could be in their helmet, it could be on their body, whatever it may be. As they breach the area, the machines stop. That kind of interaction is the first step.

We are a far way, however, from going from where we are to all of a sudden integrating and commingling autonomous vehicles with non-autonomous vehicles on roads and highways. There is much to be learned and much to be done before then. But it will be interesting. That’s where you’re going to need the vehicle-to-vehicle communication and vehicle-to-infrastructure communication to understand truly what’s going on. And, it means that almost everything that you’re going to be interacting with in some form or fashion is going to have a sensor and you have this grid to create you have total situational awareness.

You’re also working in the world of academia. Tell us about that.

I’m an adjunct professor at Drexel University; I’ll begin teaching in January.  I also recently accepted a position on Drexel’s Analytics Advisory Council where I’m joined by other senior leaders in the Philadelphia tri-state area where we help to shape the direction of Drexel’s analytics programs. Right now, I’m working with a couple of tenured professors to put together the curriculum for my course in analytics. Drexel has a well-established and highly rated  program in analytics. You can attain a bachelor’s and master’s degree in analytics and even an MBA with a concentration in analytics. We’re striving to enhance the students experience by furthering the relationship between academia, business, and technology through co-op programs and specialized projects where students are engaged by business to solve complex analyses.

Analytics is going to be involved in almost everything that we do and you’re seeing that progression. With that being said, I’m working with the universities to combine academia with real business. How do we tell those stories so that we best prepare that next generation of people that are coming out? They’re not just going need to be statisticians, or experts in machine learning or artificial intelligence, they need to understand business problems and solve them with technology.

Should Big Screens Be Banned From Cars?
Upcoming NETS Conferences: Save the Dates!
Supervision’s Adam Danielson Talks about the Growing Need for Fleets to Identify High-Risk Drivers