PARS: 20 Years of Solving Customer Problems, from the Simple to the Very Complex 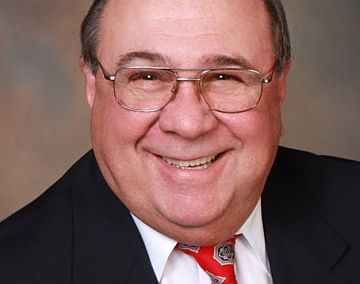 Back in 1998, when Jim Christiano retired from a long career at General Motors, he created a new company to serve the needs of automotive fleets looking to relocate their vehicles.  He called it, simply enough, PARS – short for Professional Automobile Relocation Service – and set up shop in Gainesville, Virginia, some 35 miles west of Washington, D.C. As Jim puts it, the idea was simple: to move vehicles from Point A to B.

However, as the company grew, so did the market. Customer demands changed, and, in response, the company and its menu of services moved from simple to the broad and very complicated.  The problem – if you can call it that, because it was also key to the company’s growth – was Jim’s basic business philosophy.  It comes down to two basic principles.

“No matter whether it is a fleet management company or an individual fleet, we tailor our business to their needs, instead of them having to tailor their business to what we do.”

The second, and arguably the most important principle:

“At everything we do, we do the best we can.”

Now, many companies promote similar principles, but PARS’ long-term success confirms the value derived from its emphasis on customer service and commitment to technological leadership.

Today, 20 years after it was founded, PARS does a lot more than just moving cars. The company moves trucks and equipment, too, and all both by contract drivers at the wheel of the vehicle or by multivehicle transport trailer.  Still, its diverse services go further than just moving vehicles.

PARS also retitles and reregisters vehicles when they move across state lines.  As needed and at the customer’s option, it will also store vehicles and handle routine maintenance, like oil changes and installing new tires.  Moreover, it will clean and even detail vehicles, and make any body repairs that are needed.  In addition, the company handles anything from one car for one driver to acting as a project manager to move hundreds of cars for a single fleet at the same time, to a variety of locations, and fast.

PARS also provides customers with a robust and user-friendly online portal. Specifically, the website contains convenient search and drill-down capabilities that provide customers with complete information in real time. Moreover, the portal delivers the status of every move and reports on its total moves over a choice of time frames.  In addition, PARS consults with fleets to help them make their best decisions as to which vehicles to move given their location, available inventory, and where and how they should be moved.

It is when one goes behind the scene of this portrait and looks at some examples of PARS’ record of response to customer needs, that a person can understand how dedicated the company is to excellent performance, meticulous attention to detail, and customer satisfaction.  PARS’ current president, Lori Rasmussen, who happens to be Jim’s daughter, best sums up the company’s philosophy, “We do everything we can to make the customer happy.”  A review of their case logs demonstrates what she means.

On one end of the spectrum is Lori’s story about a driver with a pet dog.  The driver was relocating to his new home by plane and wanted the dog to be taken in the fleet car. “We use a lot of different contract drivers, but not everyone is comfortable taking a dog and knows how to take care of it,” she said.  PARS sent out a request to its available drivers and followed up until it found a driver in the right place and the right time to handle the job.

Then there was the time a fleet vehicle was involved in a fatal collision and the fleet wanted to store the vehicle in an indoor facility.  All of PARS’ storage locations, however, are outdoors. Instead of turning the customer down and leaving them to fend for themselves, PARS negotiated a one-off contract with an indoor facility close enough to the vehicle’s location that its transport charges were minimized.  PARS wound up storing the vehicle for three years.

Going the Extra Mile in a Hurricane

A PARS’ driver moved a fleet’s car from Phoenix to Houston on the eve of Hurricane Harvey. When she arrived, the company’s offices were closed, and there was no one available to take the keys and paperwork from her. The PARS’ driver called the fleet manager and offered to park the car in a secure spot in the company’s garage and drive the keys and paperwork four miles to the fleet manager’s husband, who was still in his office.

Several days later, the driver called the fleet manager to be sure both the car and her family were safe. “My family and home were spared during the Harvey disaster,” the fleet manager wrote to PARS, “but to get a call from someone I never met just to see if we were okay was awesome. Her call meant a lot to me. Thanks for employing such caring individuals!”

On a grander scale, Lori tells another story about how PARS responded when one of its customer’s vehicles caught fire. The vehicle had been taken from inventory and delivered to a new driver, but with an open recall safety notice.

To avoid that ever happening again, PARS created a free service by which it runs the Vehicle Identification Number of every vehicle it handles through the Safercar.gov website to determine whether they have unaddressed recalls. When they find one, they contact the customer to find out if they want the issue fixed before PARS delivers the vehicle.  The company reports that 14 percent of the vehicles it is asked to move have open recalls,

Erik Rasmussen, Lori’s husband and PARS’ director of strategic operations, tells yet another story. This one, in particular, reveals how the company can help solve a fleet’s biggest and most complex challenges, aided by PARS’ digital information technology.

“A couple of years ago, we had a pharmaceutical customer that had two simultaneous projects going on,” he recounts.  “They were laying off some 350 drivers out of their vehicles and around 540 vehicles that they were taking off road because of Takata’s airbag recall.  All 890 of these vehicles had to be taken out of service and delivered to storage and repair shops over a period of a few weeks.”

Further complicating the project, the fleet offered its separated drivers the choice of buying the vehicle, turning it in, or having it sent to the fleet’s remarketing agent. PARS responded by creating a customized communications plan and provided real-time status reports to help minimize disruption for both the company’s overall operations and its sales representative. “And, using our technology to map vehicles to locations, we were able to manage that project easily and very successfully,” Erik said.

Part of PARS’ success, Jim Christiano maintains, is the care with which it hires, trains, supports, and treats its team of customer representatives.  He takes pride in the fact that employees in the company’s field offices tend to stay with PARS, which means they develop deep relationships with their customers, marked by the trust that PARS will get the job done.

Nevertheless, PARS does not take its success for granted.  Erik notes that the firm sends out satisfaction surveys to each customer after every pickup and delivery party and keeps careful track of the results.

“More than 90 percent of the responses come back as ‘very satisfied’ and ‘satisfied,’” he notes. “And whenever we find out there’s been a problem, we investigate and address the issue.” Erik points out that many times it is more of a matter of weak communication among the driver, the fleet itself, and its fleet management company than PARS’ performance. Specifically, it is like a misunderstanding as to the kind of vehicle the driver was going to receive or the fleet’s decision not to have the vehicle detailed or minor bodywork repaired.

Several years ago, PARS launched an overhaul of its entire IT environment, including its customer portal, website, and customer relationship management system.  Its final overhaul included the creation and integration of its mobile app, which connects PARS with its hundreds of drivers and customers.  It is really an amazingly powerful application that enables drivers to bid for transport jobs, take exterior and interior photos of the vehicles they pick up, so the customer can evaluate it, secures signatures, and reports in real time the status of each job.

Erik says the application is being used to manage more than 95 percent of its moves.  Its advantages are that it provides more detailed and timely information, and further minimizes the time between when PARS receives an order and completes the delivery. “Other transport companies have mobile apps, but ours is the only one that is fully integrated with our core customer information platform,” he noted.

And the benefit? Erik says PARS’ digital technology has helped it achieve two of its end-users’ primary goals: save time and money.  In addition to providing real-time data on moves in progress, it quickly finds drivers close to a new order, saving time on the delivery schedule.  By providing real-time information on where the fleet’s inactive vehicles are stored, it can also shorten moves by providing a driver with a stored vehicle that is closer to his or her location than to move an active vehicle all the way from where it is to be picked up to where the driver needs it.

PARS prides itself on its turnaround time.  “Our average delivery time from the day that a vehicle is available for pick up is 7.7 days,” Erik says.  The result is a combination of the company’s ability to find drivers as close as possible to the pickup point, and its ability to leverage fleets’ stored vehicles to minimize distance.

Teri Ross, who joined PARS last year as vice president of sales and client relations, sums up the way the firm sees its mission and how technology helps deliver it.  “Technology is very important in the ways we provide customer service. We understand that clients are very busy and that transportation is only a small piece of their overall fleet management responsibilities.

“Our website allows our clients to stay informed with real-time data and information as well as pictures of the vehicle. So, while they have access to our website and this information, it affords them the ability to make the right decisions at any moment in time when it comes to dealing with their transportation needs.”

What You Need to Know When Electrifying Your Fleet