The Internet of Things: One of Today’s Disruptive Battlefronts 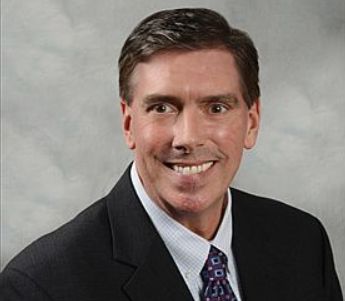 Perhaps as dramatic an invention as the printing press, the internet has engendered revolutionary changes in the way people work, shop, learn, communicate, receive and share information. For some industries – like newspapers and retailing — it’s been a disruptive force that threatens the extinction of enterprises that rely on traditional technologies.

It’s called the Internet of Things – IoT for short — and it’s become one of the latest new battlefronts for business. Like all battlefronts, it presents both opportunities and challenges for virtually every industry, and only those who win the battle to integrate with it successfully are likely to survive and thrive.

The key element of the IoT are sensors placed in objects that detect activity and relay the streams of data collected to a computer, which can then be aggregated, tacked and analyzed for a variety of uses that benefit business.

One of the applications of the IoT that applies to people like me, in both the worlds of fleet management and insurance, is telematics. In the fleet industry, these systems make it possible to monitor driver behavior – like incidents of speeding, harsh braking and seat belt use – and use that data to identify high-risk drivers. It’s also being exploited to detect the need for vehicle maintenance, promote better fuel efficiency, and create more time-efficient routes for service and delivery vehicles. In the auto insurance industry, the same data is being used to set premiums for individual policyholders. In both worlds, the IoT is helping to improve the bottom line.

But the potential of the IoT is much more widespread than just these. A report by the European consulting firm Capgemini cites examples, to which I’ve added two more, across a variety of industries:

• Manufacturing: Harley Davidson, the leading global motorcycle manufacturer, invested in a fully IoT-enabled plant, connecting key processes and devices in their production process on a single network. The impact was significant: operating costs dropped by $200 million, downtime was reduced, and production efficiency went up. The company was also able to reduce its build-to-order cycle by a factor of 36, and grow overall profitability by 3 to 4 percent. Overall, the company became more operationally efficient and was able to respond to customers’ needs faster.

• Food retailing: An average retailer loses around 4% of total sales due to being out of stock of specific items. To tackle this problem, the US-based grocery chain, Giant Eagle, deployed smart shelves in its stores. The smart shelves used sensors and dashboards to measure inventory life and send shoppers product information on their mobile phones. As a result, Giant Eagle reduced its out-of-stock replenishment time by two-thirds and cut its out-of-stock SKUs by 50% on any given day.

• Energy: Royal Dutch Shell realized a $1 million return on an $87,000 investment in a remote IoT-based asset monitoring and maintenance solution. The company installed sensors in 80 oil fields in West Africa, which produce upwards of 600,000 barrels of oil per day. The oil wells are in difficult terrain, and the sensors made remote monitoring of output and performance possible. Royal Dutch Shell reported immediate cost savings from reduced site visits for equipment maintenance and reduced downtime.

• Auto insurance: Property and casualty insurer Progressive has found that its telematics-enabled, usage-based insurance program has increased its closing rate with prospective auto policy customers and has improved customer satisfaction. The program involves a telematics device it calls “Snapshot” that a prospective policyholder snaps into a vehicle which relays data about how they drive. Progressive uses the data to offer risk-adjusted premiums, with safe drivers being offered discounts.

• Fleet: A fleet management company recommended its telematics service – which includes hardware, reporting, consulting and in-house support – to an automotive supplier looking to cut costs. The system was used to monitor some 900 of the client’s drivers using light, medium and heavy-duty vehicles.

The results: the company reduced fuel consumption by 10 percent, saving $500,000 through greater driver compliance with computer-generated route plans and reduced unauthorized after-hours use of vehicles. The client also cut the customer’s accident spend by 32% as a result of immediate notifications sent to managers when drivers didn’t wear seat belts or went over the posted speed limits.

Solutions like these might be possible with IoT, but they are not always easy to implement, manage, or realize. For one thing, the IoT creates a tidal wave of data, the “Big Data” challenge that you hear so much about in the fleet industry. The challenge is to tame this data by creating processes to convert it into actionable intelligence – and that requires an investment in the right kinds of people in the IT department.

Besides having enough of the right people, organizations must have the right infrastructure. With connected devices, they also have to grapple with the issue of cybersecurity, both to prevent hacking and protect the privacy of the organization and its customers. Finally, they have to have a vision, a valid business case, and leadership that drives and supports IoT initiatives.

According to Capgemini, most companies have yet to step up to the IoT plate. Its survey found that only 36 percent of the 300 firms around the world that responded are deploying IoT solutions in their operations at full scale. Nevertheless, the IoT revolution is forecast to be relentless. Research firm Gartner predicts that by 2020, nearly 20 billion devices will be connected via the IoT, and IoT product and service providers will generate more than $300 billion in revenue. Others see worldwide employee productivity gains of up to $1.2 trillion.

But to seize those opportunities, an organization has to have a strategy and goals. Defining them begins with senior leadership asking the right questions, of themselves and their management team. Here are some questions that will help highlight where the IoT could be utilized:

• Do you know if and how your competitors are using IoT to improve their operations that might prove useful to your organization?
• What additional data about our manufacturing processes, supply chain relationships, inventory management and distribution can IoT integration lend to help improve efficiency?
• What customer behaviors could we learn more about that would be useful in improving the experience interacting with our products and services, inform pricing decisions, and help guide product or service enhancements?
• Can IoT applications help achieve greater efficiencies from employees?
• Do we have the resources and ability to analyze the volume of data we could obtain?

The time to start asking these questions is now. While the technology is not yet mature and many companies are taking a “wait and see” approach, businesses that don’t start planning today to engage with the IoT are missing an opportunity and risk opening themselves up to competitive threats they may not survive.

The Keys To ‘Excellent’ Fleet Driver Behavior
Is Our New ‘Distanced’ Way of Life Making Drivers a Threat to Themselves?