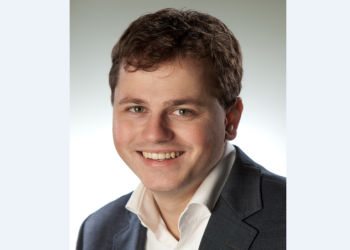 On January 6, 2015, the average oil price slipped below $50 per barrel for the first time since 2009. The oil price has dropped by 49 percent in one year. This large change in the price of oil has a promising effect on the fuel prices. Approximately 20 percent of the Total Cost of Ownership of a fleet is fuel costs; hence this topic deserves better understanding. Why is the oil price falling, and what is the effect on the fuel costs of your fleet?

Supply of oil:
The OPEC (International Organization of Oil Producing Countries) is an important factor in setting the oil price. The recent decision of the OPEC to continue the current production levels lead to a high supply, with a falling oil price as a result. Their main reason to maintain the high production is to protect their market share. New exploration of oil sources is more unlikely with a low oil price, since the business case for new oil extraction projects is likely to be more negative.

The ‘shale oil revolution’ in the United States:
With new production techniques called ‘fracking’, domestic oil production in the US has increased enormously over the last four years. The United States does not export oil, but the import of oil is decreasing, leading to lower oil prices.

Demand for oil:
The demand for oil is strongly related to the economic growth of the world economy. With low growth expectation in the Western Europe and a decreasing growth in China, the increase in the demand for oil is expected to slow down. Also, the technological developments in transportation, such as more fuel efficient cars, electric cars and bio fuels, will result in lower overall oil consumption.

What is the impact on fuel prices?
The fuel price follows the oil price, but runs behind the price movements. Oil companies usually change the fuel prices with some delay for the end consumers. Although a downward pricing is very well appreciated by end consumers, analysts do expect it will also result in a negative impact on certain parties, such as oil producing countries and oil companies.

The short-term expectations on fuel prices are that prices are expected to go down in 2015. The exact impact is uncertain, but the Energy Information Administration (EIA) predicts a price drop of around 10 percent compared to price levels in January. This forecast is mainly applicable for the U.S. market, since the global oil market uses U.S. dollars as the currency for trading. The uncertainty for the EU market results from the exchange rate. The dollar is currently strong compared to other currencies, with a low euro as a result. The lower euro exchange rate has an opposite effect on fuel prices.

Since this post went live, fuel prices have been on the rise for the past two weeks. Although prices have increased, current fuel prices are still about $1.103 per gallon lower than a year ago in the United States.