Is Your Fleet Transport Provider Prepared for Hurricane Season? 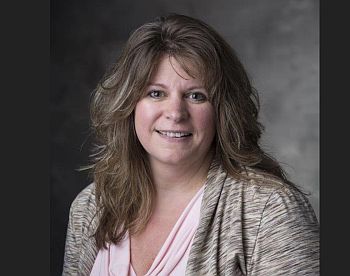 The powerful punch that Florence has delivered to the Carolinas punctuates that it’s hurricane season again and that fleets are no less vulnerable than any other business to painful and costly disruptions. In their preparations for dealing with major storms, though, there’s one area that fleets might overlook: their transportation operations.

The problem with hurricanes, of course, is that they’re hard to predict. Fleet transportation projects are ongoing, and often planned long before anybody knows when and where the next hurricane will hit. And when it does, vehicles and drivers in transit are subject to delays, alternate emergency routing and, worst of all, potential damage and injury. Unless your transport company has an emergency procedure already in place and staffed, fleets with vehicles in transit may be swamped by chaos and bewildered by a frustrating lack of information.

I’m thinking back to last year, when Hurricane Irma hit Florida, causing an estimated $50 billion in damage and touching our fleet transportation field offices in Miami, Tampa and Orlando. Then, the following week, Hurricane Harvey hit Texas, which was a major challenge for our Houston office. These storms affected not only our clients but our personnel alike.

The 2018 hurricane season, which officially began June 1, is already shaping up to be a doozy. In the Pacific, Hurricane Olivia calmed down to a tropical storm before dumping torrential rains on the Hawaiian islands. In the Atlantic, right behind Florence, as I write this, there are two more hurricanes forming – Helene and Isaac – working their way westward, with no one yet able to predict whether or where they might hit the U.S. Weather forecasters have been describing conditions over the Atlantic as “insane.”

Officially, the National Weather Service and the NOAA predicts a 60% chance of a below-normal hurricane season in 2018. Their outlook for this year is 9-13 named tropical storms, 4-7 hurricanes, and up to 2 major hurricanes (Category 3 or above). Could it be worse? It’s looking like it now. But the truth is, it takes only one to cause a fleet considerable pain.

Our advice is, as you contemplate the possibility a hurricane will impact your vehicles in transit, ask your transportation provider whether they:

• Monitor and track all actual or potential hurricanes that could impact your operations.
• Systematically re-route your vehicles in transit whose original path may cross the storm’s.
• Send you reports specific to those vehicles.
• Offer you 24/7 access to a fully staffed storm management and response team.
• Can quickly find safe haven locations for impacted vehicles and drivers.
• Relocate any of your fleet’s vehicles to safe locations for the duration of the storm and its aftermath.
• Send reports, complete with photos, of any storm damage to your vehicles, both those in transit and those already in service.
• Quickly identify and transport replacement vehicles for those that the storm has rendered undriveable.

It’s not enough to get yeses to these questions. You need to be sure your transport company can document that it has these capabilities and experience in protecting your human and capital assets in the event of a damaging storm. That’s because, even though hurricanes are unpredictable, one thing we know for sure: more are going happen and, some day, sooner or later, they’ll happen to you.