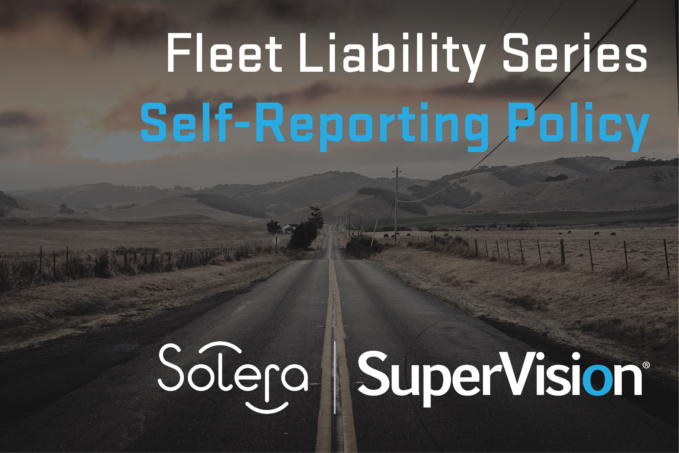 Failing to continuously monitor a driver’s motor vehicle record (MVR) is risky and could end up costing a company millions of dollars. For the company unknowingly employing a suspended driver, ignorance of a violation may prove to be very costly.

The below case study provides a good example of a company learning this lesson the hard way. This fleet’s driving policy required employees to self-report suspensions of their driver’s licenses. When its unlicensed driver caused an accident with serious injuries, the jury punished both the driver and his employer − even though the company argued that the driver did not self-report that his license was suspended.

The Accident and the Award

In January 2012, a 54-year-old woman was driving a sedan in Odessa, Texas. She was involved in a collision with a pickup truck owned by an oil field equipment supplier. The company truck was driven by an employee whose driver’s license was suspended at the time of the accident and had been suspended for five months prior to the collision. In addition to driving on a suspended license, the driver admitted that he had been on his cell phone just prior to the collision. The plaintiff’s attorney argued at trial that the driver was driving fatigued (working 100-hour weeks), hours that were allegedly not being monitored by the company.

The victim sustained severe injuries in the accident including a concussion with traumatic brain injury and bulging discs at L3-4, L4-5 and L5-S1. She underwent two epidural steroid injections and it was alleged that she would need lumber fusion or disc replacement. The victim experienced headaches, memory issues, cognitive deficits, and seizures that made it both impossible for her to work and required the need for 24-hour nursing care.

In the lawsuit filed against the driver, the victim sued for motor vehicle negligence. The claims against the company included allegations for negligent supervision, negligent retention, and negligent entrustment. In addition, the plaintiff’s counsel argued that the company repeatedly violated its own policy against cell phone use. Supervisors were often calling their employees’ cell phones, even when they knew their drivers were on the road. On top of allowing a fatigued driver to operate the truck, failing to monitor his hours and allowing cell phone use while driving, the plaintiff argued that the company’s policy of requiring its drivers to self-report license suspensions was not enough to prevent these issues.

In its defense, the company argued that it had no liability for its unlicensed driving or employee fatigue because of its policy that called for employees to self-report license suspensions and hours. They claimed 1) they had no duty to restrict the employee’s hours and 2) the plaintiff should have been able to see the driver enter the intersection in time to avoid the collision but failed to keep a proper lookout.

One of the most effective ways to manage your risks is to make sure that your drivers maintain their licenses. Juries disfavor suspended drivers and the companies that employ them, especially in the fact of serious injuries. It is likely that the liability here was substantially increased due to a failure to continuously monitor the driver’s MVR. The policy of relying on drivers to self-report license suspensions is risky; here it led to a multi-million-dollar verdict.

Self-Reporting policies alone don’t cut it. A continuous driver license monitoring program allows managers to keep proactive tabs on their drivers. They can address driver behavior, performance and training issues as they occur – not when it is too late, and the damage is already done. The program immediately notifies managers of any changes to a driver’s eligibility, which then gives the fleet managers an opportunity to mitigate company risk.