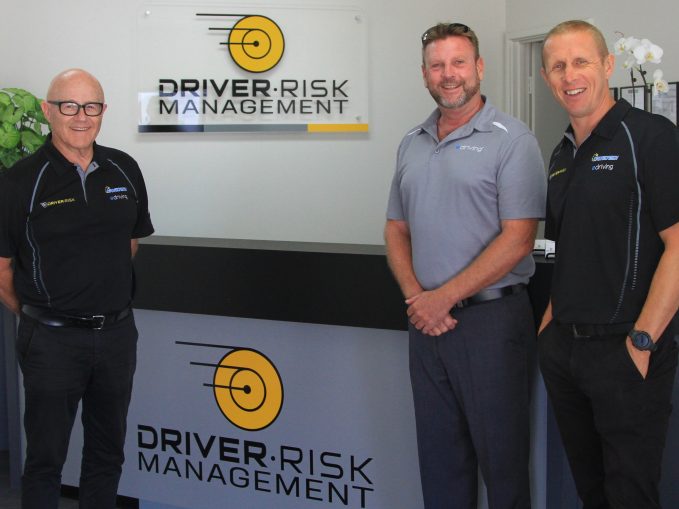 eDriving, a global provider of driver risk management programs, has announced the appointment of Driver Risk Management (DRM) Australia as a distributor of its smartphone-based driver behavior improvement solution, Mentor by eDrivingSM.

Cory Fee, eDriving’s VP Customer Success for AMEA, who has known McRae and Ledger for almost 20 years, said: “It may seem like an unlikely association for eDriving, partnering with motorsport professionals, but both Alister and Kim are passionate advocates of road safety, and the adoption of the latest technology and techniques to improve a driver’s performance.

“The opportunity for a valuable partnership between eDriving and DRM was an obvious one. Alister and Kim’s state-of-the-art driver training facility is set to break the mould of traditional defensive driver training techniques, and Mentor fits in perfectly with their aim of transforming driver behavior to save lives.”

Already used by organizations around the world to help improve at-work driver behavior, Mentor uses the telematic sensors in iOS and Android smartphones to collect and analyze data on the driving behaviors most predictive of risk. These include Acceleration, Braking, Cornering, Speeding, and Phone Distraction, one of the biggest threats to road safety today.

Thanks to eDriving’s partnership with industry analytics leader FICO®, driver on-road performance is converted into an individual FICO® Safe Driving Score, which has been validated to predict the likelihood of a driver being involved in a collision. Personalized insights are provided to drivers after each trip, showing both positive and negative driving events, and, for the driver’s eyes only, exactly where they occurred. Additionally, engaging, interactive micro-training modules are delivered directly to the driver in-app to help promptly remediate identified risky behaviors.

“eDriving’s ground-breaking technology is unlike any other telematics technology on the market, and the fact that it is adapted for smartphones is a game-changer,” said Ledger. “Our shared viewpoint with eDriving is that traditional defensive driver training techniques and telematics technologies have declined in effectiveness in recent years, and do not effectively mitigate the root cause of driver safety… behavior. DRM’s newly-developed training methods based on current research and extensive experience in motorsport, combined with eDriving’s proven successful behavioral change techniques and smartphone-telematics technology will completely transform the effectiveness of driver training in the region.”

Ledger is not only a recognized and highly respected veteran of motorsport and the design and fabrication of race cars and their components, but also has a long history in providing defensive driver training through state-of-the-art facilities, using modern technology and techniques.

“Being motorsport enthusiasts, both Kim and I love to drive fast, but the primary consideration is to ensure we do so safely,” added McRae. “Our passion for teaching others to put safety before anything else on the road is what fuels our mission to do everything we can to mitigate the tragic loss of life that has become acceptable in our community.”

The McRae name has been synonymous with rallying for almost four decades. McRae himself has competed at the highest levels of motorsport globally, competing in the world of rallying for over 30 years. He has been credited with the successful development of several manufacturer cars, and “steering them” to becoming winning vehicles. He has competed with team Mitsubishi in the WRC and remains active in rally.