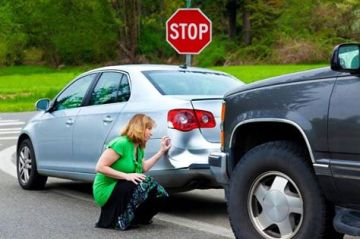 Fleets can find some of their greatest savings in annual expenses, including millions in both direct and “hidden” costs, by preventing accidents.  That’s the message the CEI Group, Inc. (CEI) will be bringing to attendees of the Risk Management Society’s 2015 annual conference in New Orleans next week.

“The word still hasn’t reached every fleet that a significant number of vehicle collisions can be prevented through the right kind of driver safety program,” said Brian Kinniry, CEI’s senior manager of strategic account services.  “We’ve seen accident rates reduced by up to 35%, and that’s saved fleet tens of millions of dollars just in avoided repair expenses.  With the hidden costs added in, the number can be several times that amount.”

CEI will be presenting a slide show of case studies that illustrate how it has helped large fleets save money through improving their recovery of damages from third-party drivers and lowering repair costs in addition to preventing accidents.

“By far, in the realm of accident management, preventing accidents yields the greatest savings,” said Mr. Kinniry.  For example, he cited one case study in which CEI helped a fleet of several thousand vehicles save $9.3 million in net direct repair expenses over seven years.  “Of that amount, $5 million — more than half – was the result of avoided repair expenses from more than 1,300 prevented accidents,” he said.  Loss recoveries accounted for $3.5 million in savings, and lower repair costs accounted for $760,000, he added.

The National Highway Traffic Safety Administration (NHTSA) says the true cost of a fleet accident is $16,600, a figure that includes such “hidden” costs as worker’s compensation payments, lost revenue and productivity, liability and administrative expenses. “Taking that figure into account, we estimate that that same fleet saved $22.3 million over seven years,” Mr. Kinniry noted.

CEI will be exhibiting at Booth # 933 at the Ernest M. Morial Convention Center in New Orleans on April 27 through 29.