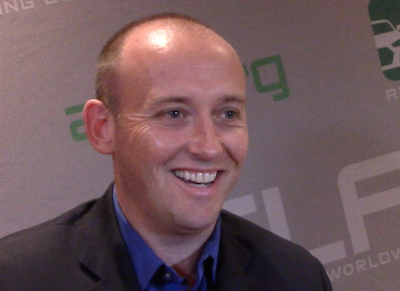 AmeriFleet announced today that it had promoted Ryan Showers to the role of VP of Sales and Marketing, effective immediately.

The company’s previous Director of North American Sales, Mr, Showers joined AmeriFleet in October 2013, and has held two additional positions – including Director of East Coast Sales – on his way to being named Vice President of Sales.

A Sales and Marketing veteran, Mr. Showers has a diverse resume that includes stints as a Corporate Sales Manager for Enterprise Rent a Car; and at Yogurt Ventures, where he was both sales director and a key player in launching the re-brand of Freshens, the company’s flagship yogurt and smoothie concept.

During his time at AmeriFleet, Mr. Showers has played several roles in the company’s efforts to grow it’s diverse suite of five specialized Fleet services. Most recently he helped manage the company’s Work Truck services division. A member of the company’s senior leadership team, Mr. Showers will manage both regional and national sales teams, as well as oversee the company’s marketing services function, including advertising, public relations and the company’s online presence.

According to John Norris, President of AmeriFleet, Showers brings the perfect mix of sales and marketing savvy to the position.

“We’ve been impressed with Ryan since the day he joined us,” said Norris. “His dedication to improving the customer experience has been impressive, and we know he will bring that same “can-do” spirit to his new role.”

In addition to his current duties, Showers will help AmeriFleet execute aggressive new plans for the future.

“The Fleet industry is changing at a faster pace than it ever has,” says Showers. “We want AmeriFleet to be at the forefront when it comes to offering the kind of tools and experience that helps our partners meet their fleet goals, whatever they may be.”

A Consumer Science graduate of Colorado State University, Showers is an avid outdoorsman who enjoys getting back to his home state of Colorado to spend time with his friends and family. A father of both a young son and daughter, Showers and his wife, Kathy, live in Roswell, GA.