On Boeing and the Road to Self-Driving Vehicles 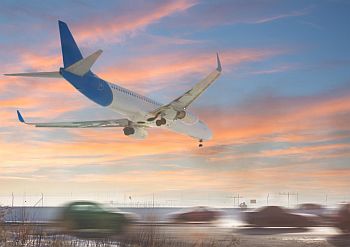 In light of the two recent Boeing 737 Max disasters, I’m finding it both ironic and a bit troubling that passenger airlines’ success with automating flights is so often held up as a paradigm for the advent of self-driving vehicles.

OK, so it’s been proven over and over again that we’re all safer flying in a commercial jetliner than driving our cars. I get it. But the Boeing case shows that when big companies rush to outdo the competition, errors in the long chain of events leading to production and rollout can be overlooked not just by manufacturers’ engineers, but by regulators entrusted with our safety.

First, check out this headline in last Saturday’s New York Times: “Boeing Was Go, Go, Go to Beat Airbus with the 737 Max.”  Here are a few key passages:

“Boeing faced an unthinkable defection in the spring of 2011. American Airlines, an exclusive Boeing customer for more than a decade, was ready to place an order for hundreds of new, fuel-efficient jets from the world’s other major aircraft manufacturer, Airbus…

“To win over American, Boeing ditched the idea of developing a new passenger plane, which would take a decade. Instead, it decided to update its workhorse 737, promising the plane would be done in six years. The 737 Max was born roughly three months later.

“The competitive pressure to build the jet — which permeated the entire design and development — now threatens the reputation and profits of Boeing, after two deadly crashes of the 737 Max in less than five months. Prosecutors and regulators are investigating whether the effort to design, produce and certify the Max was rushed, leading Boeing to miss crucial safety risks and to underplay the need for pilot training.”

Next, listen to the charges that the Federal Aviation Administration is compicit in the crashes. Here’s a headline from the Seattle Times’ March 20 issue: “Boeing, FAA face scrutiny after deadly Lion Air crash”. The article goes on to say:

“The crash…has put a new focus on whether the FAA has been aggressive enough in monitoring Boeing in an era when technology has made airliners both remarkably reliable and increasingly complicated. European regulators initially disagreed with the FAA’s judgment about the need for additional training but ultimately went along, a pilot familiar with the certification process said, while regulators in Brazil broke with the FAA and required that pilots be made familiar with the change.”

So, now the public has further reason to question both industry’s and the government’s commitment to protecting its safety after the specter of three fatal crashes of self-driving vehicles last year, two involving Tesla and the other an Uber driver in a prototype AV.  And it’s not that the American public is ready to let commputers do the driving for them.

In yet another survey confirming American reluctance to embrace autonomous vehicles, AAA announced this month that more than 70 percent of respondents expressed fear of fully self-driving cars. Again, some direct quotes, this time from the roadway safety organizations’ press release, are in order:

“Currently, more than half of Americans (55 percent) think that by 2029, most cars will have the ability to drive themselves, however, this timeline may be overly optimistic given the number of vehicles already on the road today. Those who are skeptical that fully self-driving cars will arrive that soon cite reasons such as lack of trust, not wanting to give up driving, [that] the technology won’t be ready and that road conditions will not be good enough to support the technology.”

So, what’s the upshot? I don’t mean to be a nay-sayer, but I believe the paragraph above nails it:  fully self-driving cars and trucks are farther away than the most optimistic proponents expect, and by that I’m referring to futurists and OEMs alike. If the U.S. Congress has learned its lessons, it’s not going to make it easy for AVs to hit the road and will put the squeeze on the National Highway Traffic and Safety Administration and every other relevant federal regulatory body to test and vet them thoroughly.

I take comfort in the idea that insurance companies, fleet, safety and risk managers, and the lawyers who advise them will cast an extremely skeptical and scrupulous eye on the claims of OEMs when they roll out their self-driving vehicles. At least, that’s my hope.